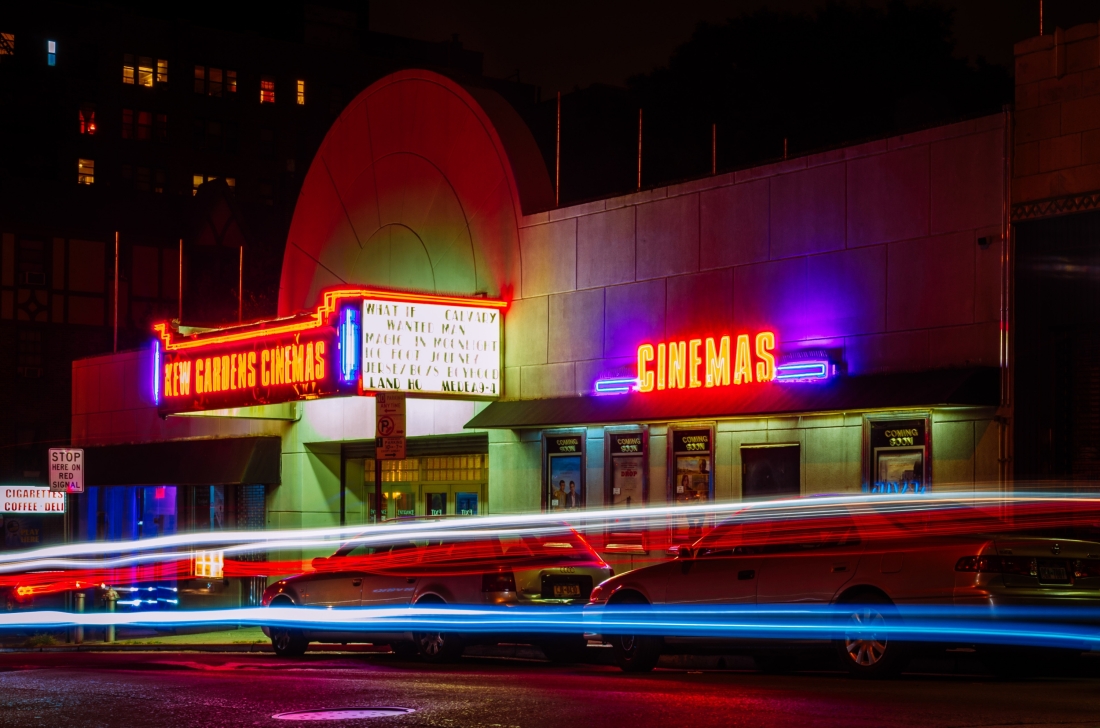 I love going to the movies! My love affair with the movies started with Saturday Night Fever, which is the very first movie I ever saw at the cinema. As silly and juvenile as it may sound I thoroughly enjoy the movie-going experience, from the freshly popped buttered popcorn to the reaction of the other movie-goers when something exciting happens on the big screen, its sheer joy for me to sit there in the dark with complete strangers and get transfixed with the plot unfolding on the screen. I try to get to the movies at least 4 to 6 times a month but this Summer as work and deadlines came at me expeditiously I realized to my dismay that the summer was ending, a few summer blockbusters had come and gone, weeks had passed and I hadn’t gone to a single movie. Gasp! The horror! 😃

I decided to remedy that situation and for the last 2 weeks I took advantage of a not too demanding work schedule and saw not 1, not even 2 but 5 movies and I enjoyed each and every one. Nothing is more disappointing to me than when I hand over my $15 at the box office and the movie falls short of my expectations, and might I add that I’m not the type to actually walk out of a movie because I always sit there hoping it will get better. 🤦‍♀️ Thankfully, I was happy with all 5 choices recently – The Wife, Searching, Crazy Rich Asians, Juliet, Naked and Blackkklansman – five completely different genres of movies that would appeal to different types of audiences for varying reasons yet all five movies appealed to me and left me with some deep-seated thoughts. There is nothing like a well-scripted, thought-provoking movie. 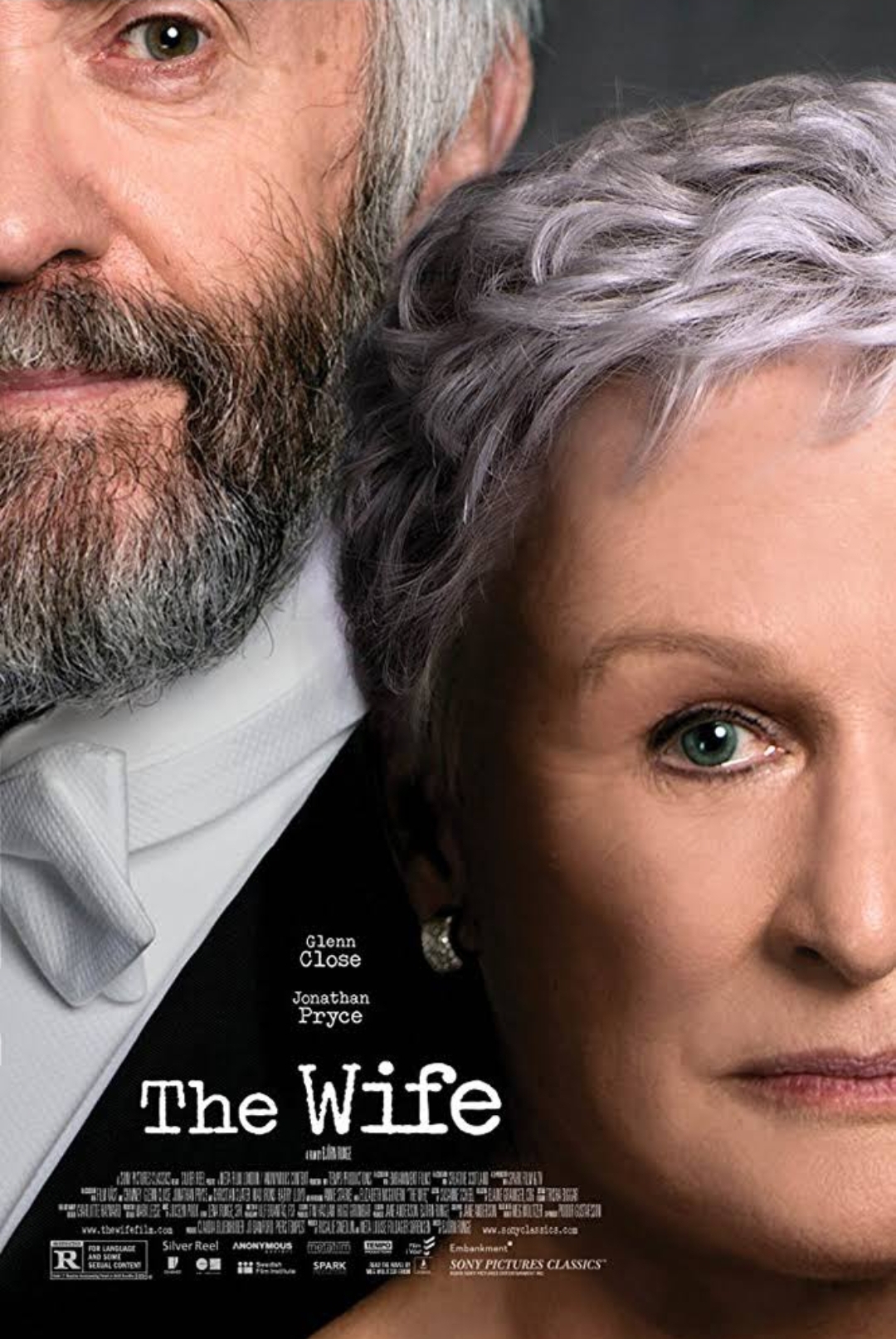 She’s back, folks! Glenn Close, who rose to fame playing the diabolical one-night stand in Fatal Attraction is back with a truly brilliant performance in The Wife; it is the story of a devoted and loving spouse who walked away from her own fledgling career as a writer to wholeheartedly support her husband’s writing career instead. While being the devoted and sensible wife Glenn Close’s character, Joan, manages to turn a blind eye to her husband’s infidelities as his fame grows as a great American novelist.

The Wife had me thinking about the patriarchy and the general sacrifices so many women make in their own lives, happy and content to stand in the shadows of their husbands, being the perfect spouse instead of being great for themselves.

My favorite line in the movie was delivered by Close when she warns her husband that “Nothing is more dangerous than a writer that has been rebuffed”. I love that line because it is an excellent reminder that the pen is indeed mightier than the sword. A fantastic film that every writer should see.

Searching was shot in an entirely digitized manner, from the face time calling conversations, to the movie’s plot unfolding on Facebook, Twitter, Instagram, and YouTube, this movie serves as a reminder that what we see on social media are oftentimes not the way things are in real life. Things may look one way and be entirely the opposite. The person with over a thousand “friends” on Facebook could very well be the loneliest person in the world, who doesn’t even have one real friend. Further, how do we know who we are really talking to when we engage in online conversations with strangers?

John Cho, who is known for playing Harold in the Harold and Kumar films, plays a father whose teenage daughter goes missing. He uses social media to try to track down his daughter’s last known whereabouts and as he investigates her mysterious disappearance he comes to the sad realization that he really didn’t know his own child.

This one had me thinking about my own 14-year-old and how much do I really know him. I almost invaded his privacy after watching this movie. I wanted to go into his phone and his laptop to find out who he has been talking to online and what they have been talking about. I restrained myself though and instead tried to have a conversation with him about the perils of online communication with strangers. What I got from him was some serious eye roll and a comment that I should lay off of the movie watching with my paranoia. 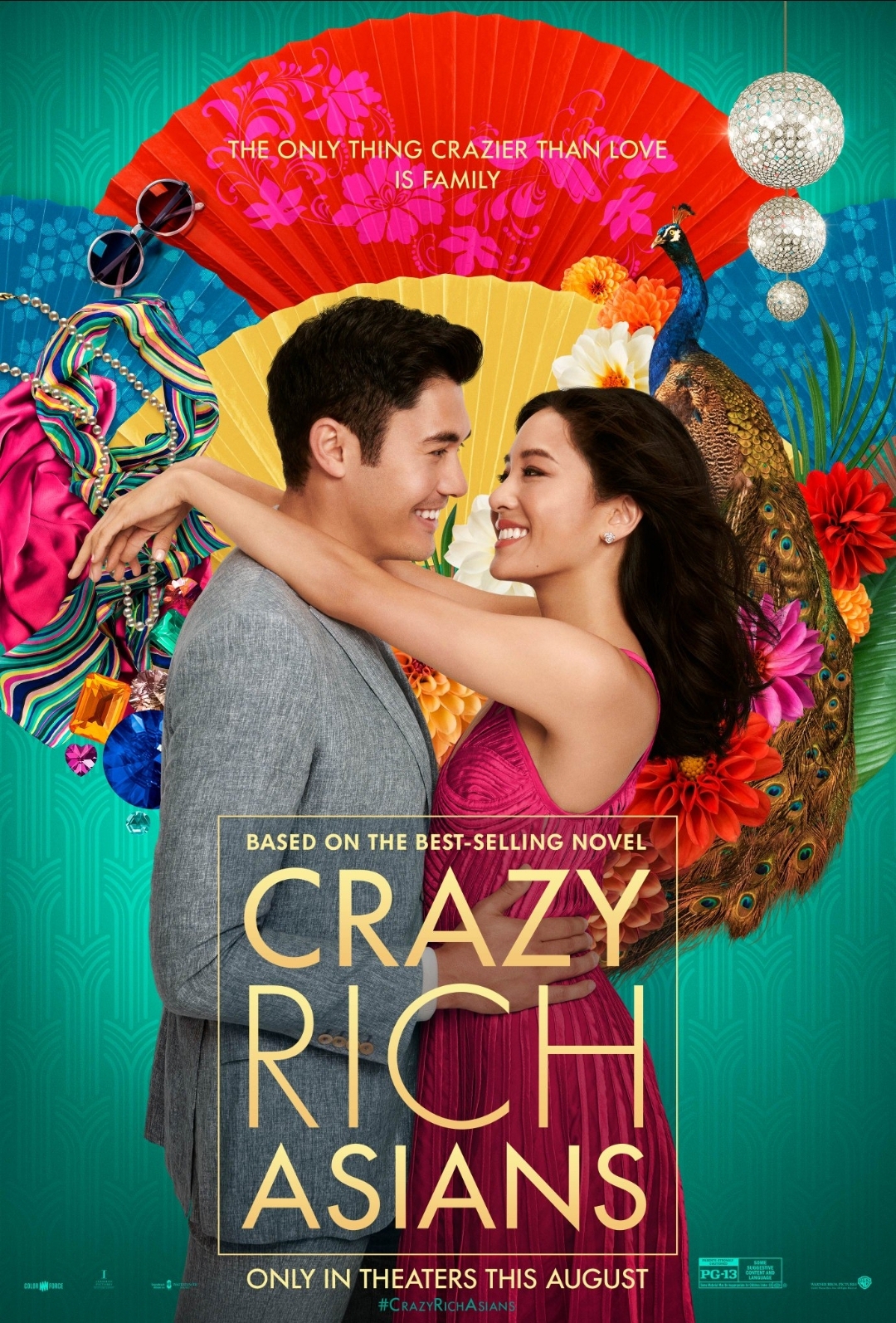 This movie had me believing in love again. Are you in the mood for a feel-good movie? Well, Crazy Rich Asians is it. Admittedly, when I first saw the promo for this movie in the Coming Attractions I was like WTH is this garbage. Yes, I was judgemental because the title totally turned me off. It’s like saying “crazy rich white people” or “crazy rich blacks”; it just sounds off-putting and wrong.

The fact that this movie remained #1 at the box office for 3 weeks in a row, seriously piqued my interest so I figured I would go see what all the hype was about. I loooved it! It was such a romantic, almost fairy-tale like film that you can’t help falling for it and rooting for Rachel, the female lead, played by Constance Wu. Rachel, who is Chinese American and lives in New York meets and falls in love with her Chinese boyfriend, Nick, who hails from Singapore. They are a year into their relationship when Nick has to go home to attend his best friend’s wedding. He invites Rachel to go back to Singapore with him and she does. What ensues is everything fairy tales are made of. Rachel discovers that her Nick is not just rich but “crazy rich” and is snubbed by Nick’s mother/family/friends because not only is Rachel from a working-class family but she is American, and doesn’t and will never fully understand the real Chinese culture or fit into their world. So so good. The opulence in Singapore was superfluous and astounding and had me thinking how lucky is Rachel.😉 I wanna be Rachel, just for a day. Ha!

Who doesn’t love Ethan Hawke?! Such a great actor with a list of box office hits to his name. Such a natural on the big screen, you sometimes forget that he is a movie star and feel like he is the guy next door that you can chill with in the backyard and sip on a cold brew. He is so cool and cool he is in Juliet, Naked.

Hawke plays a washed-up rocker, Tucker Crowe, who disappears from the music scene decades before the movie takes place. He still has a following though and one obsessed fan, played by Chris O’Dowd, with his heavy, sexy Irish accent has an online fan club that idolizes Hawke’s character. O’Dowd’s character, Duncan, is in a relationship with Annie, who absolutely cannot stand the obsession her boyfriend has with this washed-up, has-been rocker that no one has heard from or seen in a million years. As the plot develops, a series of events unfold (no spoilers here) and Annie ends up meeting Tucker Crowe, the has-been rocker himself. The film also contains a few sub-plots that come together to make this a super cute, relatable movie that encourages second chances and forces the movie-goer to examine one’s own life and answer the question. “If I had a chance to do it (life) over, would I make the same choices?”

Directed, co-produced and co-written by Spike Lee, Blackkklansman is the incredible true story of how the first African-American police detective in Colorado Springs was able to infiltrate the Ku Klux Klan. Unbelievable! It spins an embarrassing tale (embarrassing for the KKK, that is) on how seemingly easy it was for a Black man and his Jewish partner to go undercover and uncover, and later reveal the plots and plans that the Colorado Springs Chapter of the KKK had to murder innocent black students, who spoke openly against white supremacy, police brutality, and racism.

The hate that spews from the characters who play members of the KKK against Blacks and Jews made this film hard to watch. Luckily, Spike Lee punctuated what could have been a potentially dark and heavy film with moments of humor and ridicule at the Ku Klux Klan thus illustrating the stupidity and simplemindedness of even the highest member of this hate organization making this movie enjoyable, despite its outrageousness. Blackkklansman, which was set in the early 1970s, left me with the raw thought that the more things change the more things remain the same. The sad reality is that the United States is even more divided today than it was in the 1970s.

I can’t bid you adieu without mentioning that Blackkklansman stars John David Washington, who is the son of Denzel. His acting was phenomenal in this his first feature film and I wouldn’t be surprised if he embarks on an illustrious acting career comparable to that of his famous father.

What are your plans for this weekend? How about grabbing your favorite person and heading to the movies to see one of the five mentioned above. Wait, what’s that? You have no one to go with…Then go alone. Three out of these five movies I saw alone and of the two my husband saw with me he fell asleep in one of them. I won’t tell you which one though. 😉

So how was your week?

See my "About me" page. View all posts by Racquel